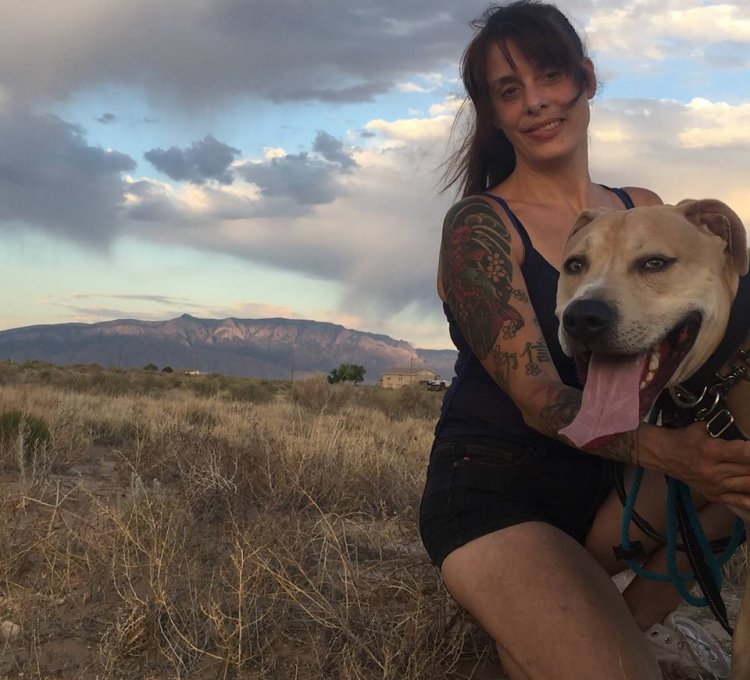 One of the featured stories on Mold in the News: Issue 128, featured a Santa Fe woman, Gina Lopez, who nearly died from toxic mold exposure. After posting the story on our website and sharing the link on Facebook, Gina commented that she was the woman featured in the story. The video below features Gina.

Q: When did you move into your current apartment?

Q: How many years have you lived there?

3. How soon after you began living there, did you begin to feel sick?

Lopez: I began getting sick within 2.5 years.

4. What were your symptoms?

Lopez: I had all of the symptoms of Chronic Inflammatory Response Syndrome.

Specifically, I started getting chronic headaches, mood swings, severe depression, red eyes, severe abdominal pain, many allergies, and sinus issues, and I developed asthma. Anytime I had a drink of alcohol socially, I would get very ill and begin vomiting. In addition, I had bleeding and menstrual issues, nausea, shortness of breath, chronic fatigue, my hair got coarse and began drying out and ringing in my ears. I also began getting really dark circles under my eyes.

My skin was unhealthy and I began to bruise very easily. As my condition worsened, I began having severe cognitive difficulties and found it difficult to walk and even started getting lost easily. My memory just started to go, I was unable to remember short term and eventually long term. Near the end of my diagnosis, I could barely walk and speak because I was stuttering so much.

The worse part is my children started getting sick as well, both of my kids developed asthma, started getting rashes, and had a severe sensitivity to mosquito bites where their skin would swell severely.

I truly thought I was going to die and did not know what to do. This was a very emotional time because I was not sure what to do, how to support my children. I just kept getting sicker and sicker, nothing seemed to help.

5. How many Doctors did you consult with and what types of treatments did you experience?

Lopez: Too many to count, met with dozens of Doctors.

I had countless MRI’S, CAT scans, blood tests, and other medical procedures. One Doctor said I had fibromyalgia, another Doctor thought I had MS and/or was developing Parkinson’s because of my cognitive, balance, and memory issues.

I went through so many treatments, but nothing worked.

Because of my abdominal pain, the Doctors thought I had an appendix issue and removed it. I then underwent another surgery and had a hysterectomy because the Doctors found tumors and cysts, which did turn out to be benign, but they did think I may have cancer as well.

I still have pain in my back from the base of my spine to top of the neck and nothing the Doctors prescribed worked; some Doctors think it is caused by a tumor in my spinal column.

6. How helpful were the Doctors you consulted with?

One Doctor finally recognized that I was not faking the symptoms. A Neuro-Psychologist diagnosed me with Cognitive Disorder NOS. Only after this diagnosis did the primary care Doctor I am seeing now begin to take my condition seriously. Honestly, it has been an uphill battle.

7. Did any of your initial Doctor visits consider mold or air quality as a cause of your sickness?

Lopez: None of the physicians even considered mold or air quality as the cause of the sickness, which is very frustrating because some molds are toxic.

8. When was mold identified as the cause of your sickness?

Lopez: April 25, 2013…nearly six years later identified mold as the cause of sickness.

The only reason I began investigating this further was that my friends told me to look into this as the cause because they witnessed my condition getting worse and worse. My friends watched me transform from an able-bodied woman with a good job, to not being able to work at all, to barely being able to function.

I am 41 years old and should not be this sick. Yet, not one Doctor even considered that the air quality or toxic mold could be making me sick. Literally, my brain was shutting down because of a lack of oxygen, I had bad tremors, could not walk, was stuttering, and lost most of the strength in my right hand because part of my brain is now damaged.

I purchased a test kit and tested the air quality in my apartment myself. The results were not good.

I then asked my landlord to hire a company to investigate further, which luckily they did.

The tests were positive for high levels of Toxigenic molds, including Stachybotrys (black moldAspergillus, and Penicillium.

Once I found out that high levels of toxic mold were in my apartment I began explaining this to my primary care physician. I, basically, educated my Doctor. Sad, but true. After nearly six years of suffering, I was the one who had to educate the supposedly educated Doctors I had been seeing about the cause of my illness. It has been a very painful couple of years, but I am feeling relieved now that the cause was identified.

Soon after the mold was discovered, my landlord did the right thing and hired a company to remediate the problem. I was forced to basically throw away all of my belongings, anything that had spores on it. A painful experience, but it had to be done.

Sadly, this whole experience could have been avoided. Apparently, this apartment building has had many moisture problems and experienced some flooding in the past.

I plan to move out, but financially it is difficult. My only hope is that the remediation and moisture issues have been addressed properly, so my condition gets better.

9. What treatment are you currently on?

The first test I underwent was to determine if I was genetically pre-disposed to mold sickness.

According to Dr. Shoemaker’s research, 25% of us have this genetic predisposition.

Both, my daughter and I, have tested positive for the genetic disorder making us very susceptible to mold illness.

I think my mother always knew that I was susceptible to mold sickness. I grew up in Hawaii, but my family ended up moving to New Mexico because my mother thought the dryer climate will be better for my health.

I have been following Dr. Shoemakers treatment and started taking Cholestyramine

In addition, I have been following a strict No-amylose Diet and only eat green leafy vegetables and lean protein.

I have also started on a herbal cleanse.

10. How long do your Doctors think it will take to recover?

Lopez: I am feeling about 50% better. Unfortunately, the Doctors are not sure how long it will take and if I will experience a full recovery, I am hopeful that I will reach at least 75%, but not sure. Right now I am disabled still and really need to concentrate on recovering so that I can enjoy the rest of my life.

Very frustrating for me is the reaction of my Neurologist who has offered no assistance or help. My brain is damaged and when I explained that mold was the cause, I was told that she has “no clue” how to treat me. Very sad state of our medical profession knowing that they do not understand the problems caused by mold. I really think medical schools need to devote more attention to this problem and train Doctors. According to Shoemaker, “science is clear”, so makes me wonder why the mainstream medical community does not take this more seriously.

Fortunately, the Doctors think that my daughter will recover 100%, so I am very happy about that.

Lopez: For those suffering from this condition, there is a light at the end of the tunnel. Don’t lose hope.

I also think that it is really important for landlords, businesses, and homeowners to really be aware of the potential risks caused by leaks and moisture. Mold almost killed me.

In my case, my daughters and I suffered so much. We did not need to suffer from mold. This should have never happened in the first place.

If you suspect mold, get a mold inspection or air quality tests. It is better to be safe than sorry, don’t risk allowing your family to get sick.

Share this story with your friends and family as health and wellbeing should be the most important aspect of your life, and Gina Lopez's experience sheds light on how important it is to be aware of the effects toxic mold has on health.

Fill up the form and our Team will get back to you within 24 hours.

Fill up the form and our Team will get back to you within 24 hours.

Thank you!
Your submission has been received!
Oops! Something went wrong while submitting the form.